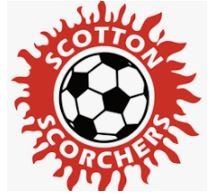 Player’s Obligations to the Game:
Make every effort to develop your sporting abilities.
Give maximum effort to strive for the best possible performance during a game, even if your team is in a position where the desired result has already been achieved.
Set a positive example for others, particularly younger players and supporters.
Avoid all forms of gamesmanship and time-wasting.
Always have regard for the best interests of the game.
Never use inappropriate language.

Player’s Obligations to the Team:
Make every effort consistent with Fair Play and the Laws of the Game to help the team to win.
Treat team members with the same respect that you would wish to be treated with.
Never give physical or verbal abuse to other team members.
Resist any influence which might be seen to bring into question your commitment to the team winning.
Respect for the Laws of the Game and Competition Rules:
Know and abide by the laws, rules and spirit of the game, and by competition rules.
Accept success and failure, victory and defeat equally.
Resist any temptation to take banned substances or use banned techniques.

Respect towards Opponents:
Treat opponents with due respect at all times irrespective of the result of the game.
Safeguard the physical fitness of opponents, avoid violence and rough play, and help injured opponents.